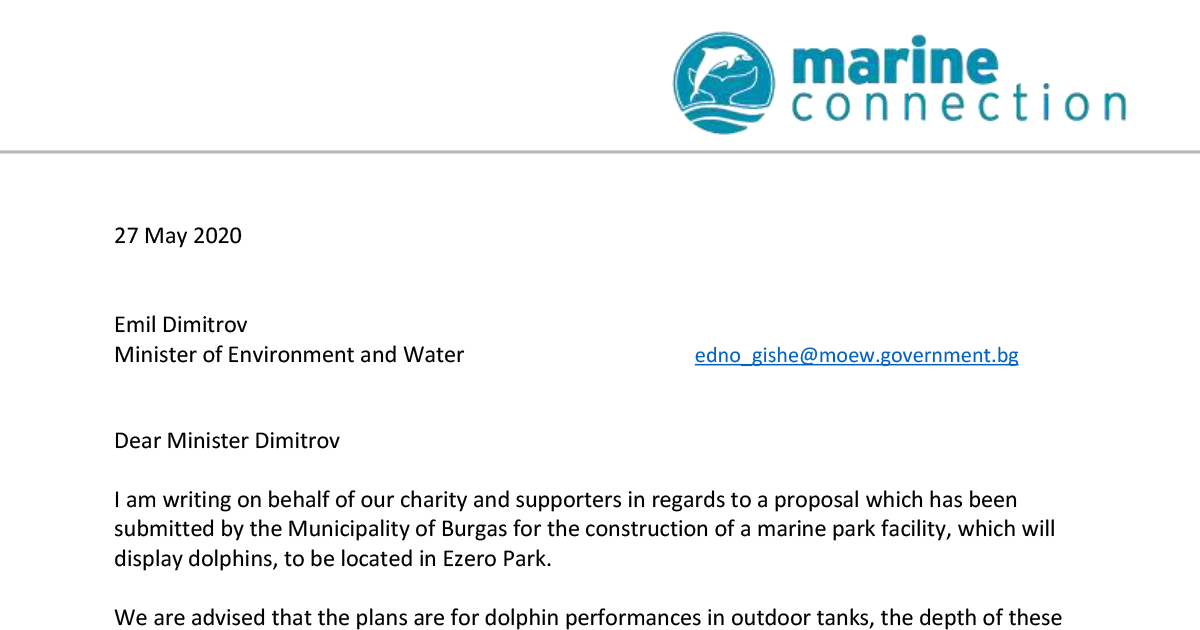 Our friends from Marine Connection sent a letter to Bulgarian government officials about the proposal to build a new dolphinarium in the Bulgarian seaside town of Burgas.

They urge Minister of the environment Emil Dimitrov, as well as the Mayor of Burgas Dimirtar Nikolov to consider the impact of establishing a captive facility that is unlikely to meet Bulgaria’s legal obligations, and ask that the dolphinarium aspect of the proposal be refused and removed from the plans.

We at The Last Cage, are very grateful for the support of the international community and their commitment to stop this project and leave all dolphinariums in the past, where they belong. 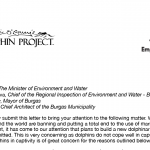