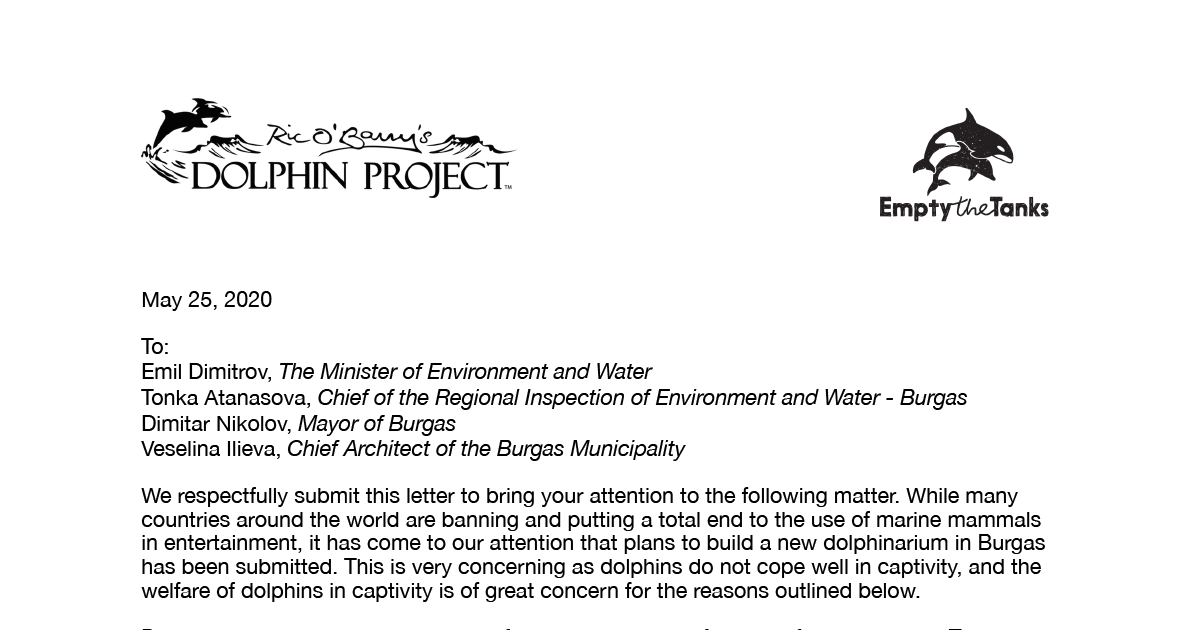 Our friends from the Dolphin Project and Empty The Tanks sent their statement about the proposal to build a new dolphinarium in Burgas to Bulgarian government officials.

In the letter, they point the Mayor of Burgas and the Minister of the Environment’s attention on the fact that many countries around the world are banning an putting an end to the use of marine mammals in entertainment.

They explain that dolphins do not cope well in captivity and the conditions in dolphinariums devastate their quality of life in every way: loss of family bonds, noise and water pollution, loss of echolocation and deprivation of mental stimulation.

“They deserve our respect and the right to remain in the wild, free from harassment and harm. There is no justification for a facility to keep dolphins in captivity for entertainment and short-sighted economic gain; the cost to each of those animals and our own sense of humanity is too high.“

The dolphin advocacy organisations urge Bulgaria to reject the proposal for a new dolphinarium in Burgas and offer to help reach that decision by providing additional information.

We are very grateful for the support of the international community and their commitment to stop this project and leave all dolphinariums in the past, where they belong.

You can read the full letter from Dolphin Project and Empty The Tanks below: