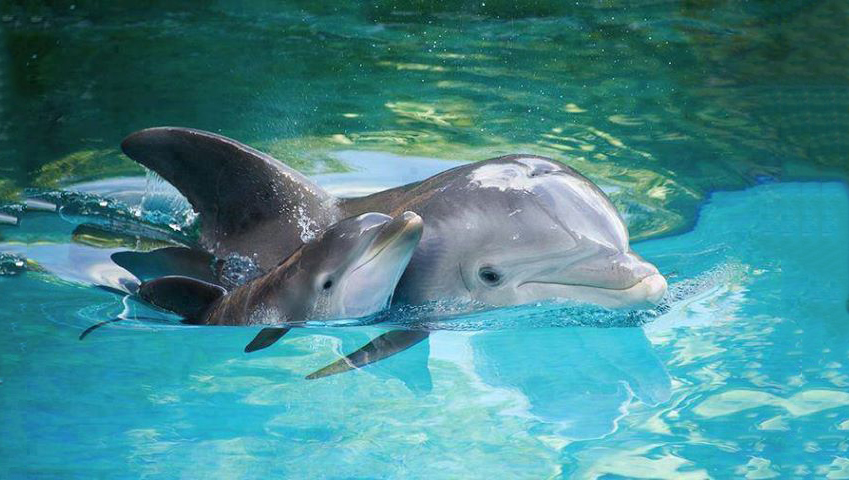 Following the death of a baby dolphin at Festa Dolphinarium in Varna, Bulgaria last August, The Last Cage and ProWal, have launched a joint investigation into the dolphinarium’s activities.

We have found data on over 27 dolphins that have died or “disappeared” at Festa Dolphinarium since its opening – these cases have been documented in the press. How many more there are is yet to be seen. Approximately every year, a dolphin is born and dies in Festa Dolphinarium. The death rate of dolphins in captivity in the first year after birth is extremely high, and therefore the average life expectancy of prisoners in tanks is between 3 and 4 times shorter than their wild counterparts.

Dolphins are particularly intelligent animals and suffer intensely from life in captivity. The only way they can be forced to perform pointless and unnatural movements over and over again for the show is through starvation, so they are fed only during performances and workouts. Hunger, noisy performances, invasive attractions such as “swimming with dolphins”, the artificial environment, tight space, and frequent deaths make life in the tank an underwater hell. The dolphins in Varna show signs of distress typical of captive animals. The tank is extremely small, with a size of only 12×15 meters and 6 meters deep. 5 dolphins are held captive in there, this makes 36 square meters of surface area per animal. For life.

The cruel business of dolphin captivity is particularly detrimental to the youngest audience because it teaches children the profoundly inhumane notion that it is acceptable to imprison wild animals and forcing them to do tricks against their will is a fun activity.

In Bulgaria, dolphins are the only wild animals that are outside the protection of the law prohibiting the use of wild mammals for public show programs / Animal Protection Law (ЗЗЖ) Art. 27 /. The law states that the exception to the ban applies only to dolphins, “that are at least third generation captive-bred”.

More violations of the law, with other marine mammals

In October 2019, we documented how a sea lion was used commercially despite the fact this is prohibited by law. In fact, Festa Dolphinarium has been illegally keeping two sea lions for over two years, even breeding them – so far with the same success as the dolphins: in 2017, their baby Bochko died at the age of a little over a month after drowning in an unsecured tank shaft due to staff negligence. Meanwhile, earlier this year, there was a very discreet attempt to make an amendment to the Animal Protection Law that would also remove sea lions from the protected wildlife list. This would magically make Festa’s illegal sea lions legal and enable them to perform in the show. According to Yavor Gechev from Four Paws Bulgaria quoted in Dnevnik, this is the second such attempt. The first was last year, but the amendment was not accepted at the time. Both times, it was proposed by the 3 GERB MPs Nelly Petrova, Krasimir Valev and Luchezar Ivanov.

Outrage on an international level: “The world’s smallest dolphinarium is in Bulgaria!”

Also in October, the Festa Dolphinarium was visited by Andreas Morlock, CEO of the German whaling organization ProWal. He is an expert in the protection of mammalian cetaceans and deals with dolphinariums around the world. His experience in this industry is over 20 years. He was shocked by what he saw in Varna:

Andreas Morlock: “I already investigated this dolphin prison in October. There are 334 facilities around the world, in which more than 3,000 dolphins are held captive and used for purely commercial purposes. I have visited more than 70 dolphinariums in over 30 countries in the last 12 years and through my experience I can claim that the Festa Dolphinarium is the smallest dolphin prison in the world. The dolphins are in a terrible state there. Some of them have bites, which are caused by disputes between them. No wonder, they cannot be avoided in this narrow space. It is so unscrupulous that the dolphin Yoanna, who lost her child in August, is forced to participate in all show programs and the trainer does not give her time to go through her grief. Captive dolphins are desperate: I have seen with my own eyes and documented how a dolphin attempted suicide at a dolphinarium in China. Deliberately hit its head on the hard concrete floor! Prisoner dolphins are simply a source of profit for their owners.

A dolphin in captivity makes a profit of 8 to 20 million leva.
Any animal lover can help remove this shame from Varna. Just don’t buy any more tickets! We have launched an online campaign calling on the Bulgarian government to ban imports, captive breeding and the use of dolphins for entertainment in Bulgaria.

In Western Europe, about 60 dolphinariums have already closed out of 90. Now Bulgaria has the opportunity to become internationally known in regards to animal welfare! ”

The planned expansion of the Dolphinarium’s facility is also causing great indignation among the citizens of Varna. It is envisaged within the municipal Maritime Park in Varna (also known as Sea Garden), where there is an active ban on all construction. We have been contacted by citizens who are worried and alarmed because for years, dolphinarium managers have been talking about their intentions to expand the facility, which include the construction of an aqua park and restaurant on nearly 3 acres of the Sea Garden. The plan was approved by the Expert Council on Planning on the Territory of Varna Municipality on September 25, 2018.

“Naturally, they have in mind the thermal water sources nearby, which they want to use commercially. In our opinion the water belongs to the public, not greedy individuals. Any construction in the Sea Garden would be illegal. We hope the city administration adheres to the laws and prevents this planned expansion! ”

Protest: #BANtheDOLPHINARIUM: Your Show is Killing Them!

The public demonstration for a ban on the import, breeding and holding dolphins in captivity for entertainment was registered in the Municipality of Varna and will be held this Sunday, December 1st, from 12:00 to 15:30 in front of the Dolphinarium Festa in Varna.

We appeal to all those who care about the fate of prison animals to come on Sunday and stand with us in front of Festa Dolphinarium to show that we will not remain indifferent, because cruelty is NOT entertainment! This is the only way we will be heard and by being heard we will achieve change:
together for the animals!